LG G Watch R review: pricey but worth it 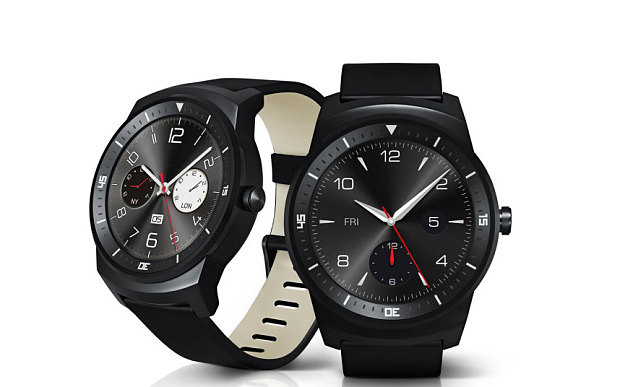 The LG G Watch R may be too big for everyone’s tastes, but it’s still the best smartwatch currently available, finds Rhiannon Williams

These days, while not everyone has a smartwatch, everyone does have an opinion on them. From decrying them as utterly useless, to lauding them as the wrist-based face of the future, the smartwatch is undeniably a talking point, and LG’s latest offering is no exception. The LG G Watch R is the company’s second smartwatch, preceded by the LG G Watch released mere months earlier in June. While the square G Watch was criticised for its average appearance, the G Watch R benefits from the fact it could be legitimately mistaken for a real (in the sense of traditional, non-connected) wristwatch. One of the most significant issues plaguing smartwatches is that while a square screen is preferential for typing and because there’s fewer spatial constraints for completing tasks, consumers tend to prefer round faces. The pay-off for the G Watch R’s large rounded face is that it’s unashamedly large – a bulky piece of kit weighing 62g. The chunkiness of its design will either delight – as it did me, despite dominating my small wrist – or repel, but this is purely down to personal preference. As it runs Android Wear, Google’s wearable software platform launched earlier this year, the G Watch R is compatible only with Android handsets running Android 4.3 or above, meaning iOS phone owners will miss out on being able to route their texts, emails and calls through it. If you’re committed to your iPhone you’ll miss out on the best gateway features of the G Watch R, but that’s not to say Google won’t open up Android Wear to iOS devices in the future. Its 1.3-inch P-OLED display is crisp and has a decent resolution of 320 x 320, but the screen sensitivity can be slightly hit and miss, leaving your tapping the watch face several times to summon the menu you’re after. The leather strap quickly develops a ridge around the notch of your choice, although a variety of interchangeable 22mm straps are available should you fancy a change. The choice of 13 different watch faces is also a nice touch, giving you a choice between sophisticated timepiece faces and more colourful digital offerings. Commands are triggered through either scrolling through a series of ‘cards’, launched by swiping upwards from the bottom of the screen, or through Google Voice Search. The voice search is pleasingly accurate, even in crowded environments, and results can be ‘thrown back’ to your phone so you’re able to continue reading on a larger screen. It’s a simple system that looks great and generally works well. I paired the G Watch R with an LG G3, which worked together seamlessly. Its pedometer is accurate, and being able to change the track you’re listening to via your phone from your wrist is a welcome feature. Sending emails and texts via voice command was a straightforward process, alongside opting to answer incoming calls to your phone. LG claims that with the Always On screen mode disabled, the 410mAh battery will power the watch for up to three days. I found this to be closer to a day and a half, even following low-to-moderate use. Having to remember to charge your watch each evening as you would your phone is a pain, and there remains considerable headway to be made by way of smartwatch battery life, but this is not a problem limited to LG. You charge it by connecting it to a small circular dock, held loosely in place through five connector pins. I found it can get knocked quite easily, meaning your watch isn’t fully charged in the morning, but found it did charge fully within an hour. The G Watch R is the most aesthetically-pleasing smartwatch to date, and is a huge step forward for LG’s wearables division. It’s not perfect and the price point remains pretty high given that smartwatches have yet to win over the majority of consumers, but when it looks this good, half the battle is won. As Christmas approaches, it’ll make a welcome addition to any Android fan’s repertoire.